Our school is named after Sir Ronald Ross, who discovered the link between the disease malaria and mosquitos.

Ronald Ross was born in India in 1857 to a soldier and his wife. When he was 8 years old his parents sent him away to boarding school in Southampton, England. Later he became a medical student at St. Bartholomew's hospital in 1874. After a long period of studying he joined the Indian medical service in 1881 and returned to India. It was here that he discovered how mosquitos carry malaria.

Above: Sir Ronald Ross on the steps of his laboratory in Calcutta with his wife and laboratory assistants. This photo is taken from the Wellcome Trust website.

In 1902 Ross was awarded the Nobel Prize for medicine for his discovery. He is remembered with great respect in many countries that suffer from maleria. In India many towns and cities have roads named after him.

Sir Ronald Ross died in 1932 and is buried in Putney Vale Cemetry. 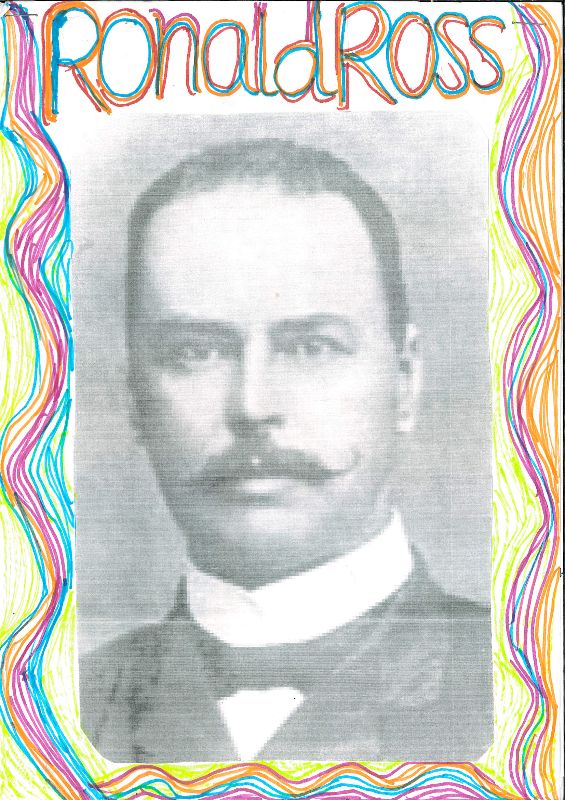 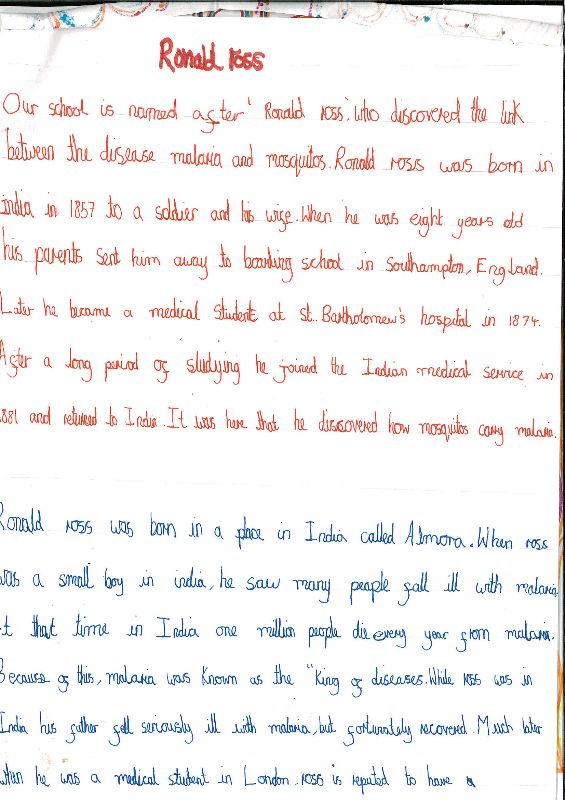